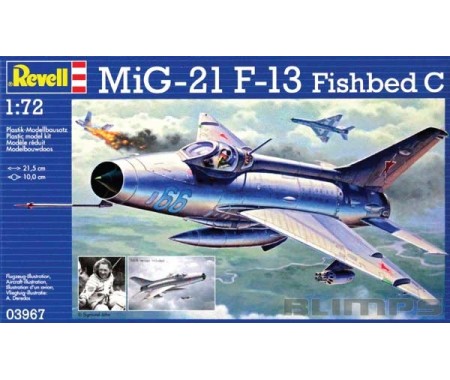 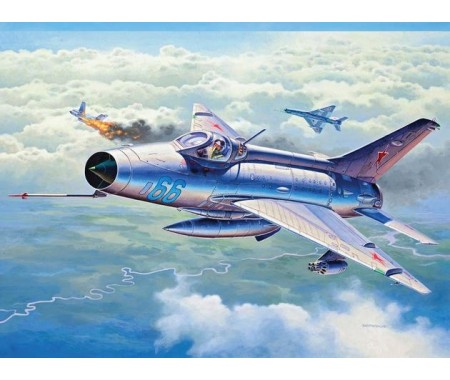 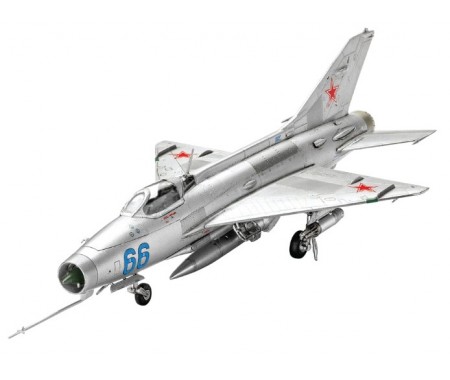 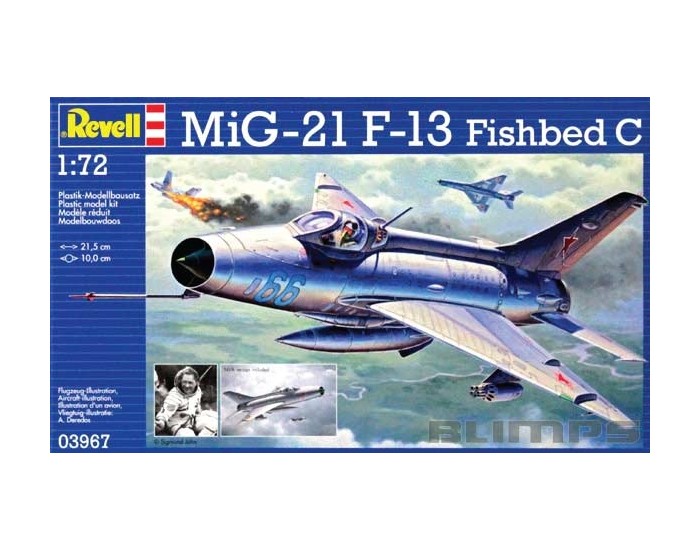 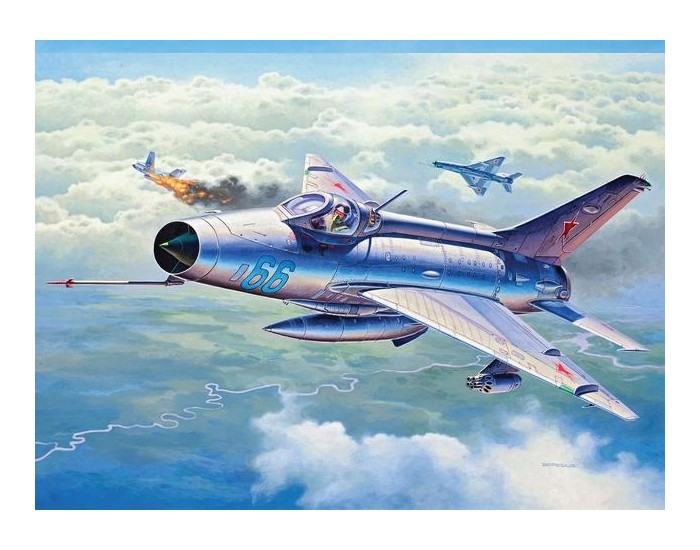 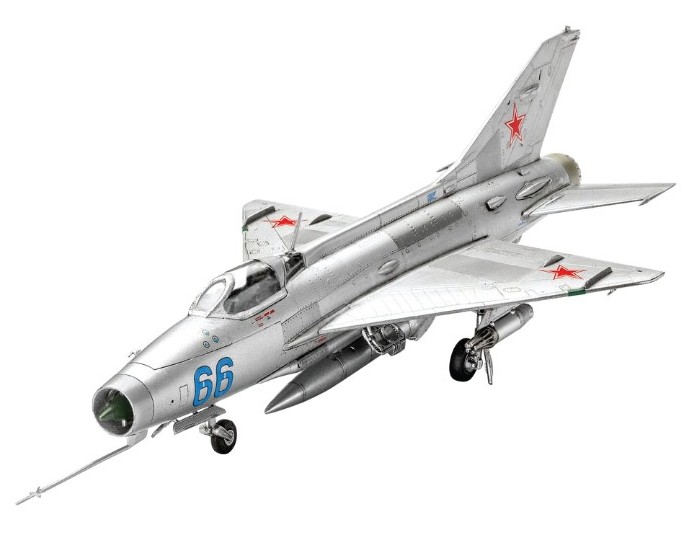 Development of the MiG-21 began in 1953. The aircraft was presented to the world for the first time during an air parade over Moscow in 1961. Its first combat missions were flown against aircraft of the US armed forces over Vietnam in 1966. The F-13 was a day only fair weather interceptor. The pilot was directed to his target via radio from a ground based radar unit. Its main armament was the R-3S air-to-air missile which was similar to the then newly developed American Sidewinder missile. With the total number reaching around 10,800 machines the Mig 21 was by far the most produced fighter aircraft after the end of the Second World War. Even the later Major General and first German Cosmonaut - Sigmund Jähn, flew the F-13 during his military service.