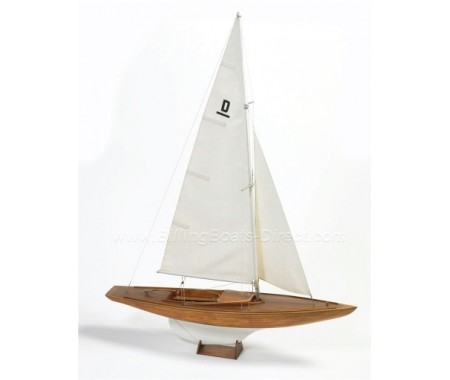 In 1928 the Royal Yachtclub in Gothenburg, Sweden, arranged a competition for the construction of a cheap yacht with single or double cabin. The boat should both be suitable for regattas as well as for pleasure trips. The well known Norwegian shipbuilder Johan Anker won the competition with the DRAGON. Originally a Scandinavian type of wood was used for the boat. However, since the boat gained international recognition, mahogany has been used instead. The first DRAGON was built in 1929 in Gothenburg. In 1930 the first Danish boat followed, and not until 1931 did the Norwegians build their first DRAGON. The sailing qualities of the DRAGON are so good that the boat is practically used all over the world, and especially in Europe, where it has become extremly popular. In the course of time, the DRAGON has gradually been changed into a regatta boat, and it is no longer built in accordance with the original specifications. Both the cabin and the canvas have been changed, so today it is actually only the hull, which is original. In 1948 the DRAGON was made on olympic class of boats, and all measures were stipulated by the international Yachting Union. Since 1928 this type of boat has paritcipated in numerous Scandinavian and international regattas and it is still one of the most popular boats.